Classical Civilisation focuses on the literature of the Greek and Roman worlds, along with the cultures that created it. Studying this three-year BA degree will allow you to read all kinds of texts in translation from around the ancient Mediterranean and develop an understanding of Greek and Roman culture from the archaic period to the fall of the Roman Empire and beyond. You will explore the mythology of Greece and Rome and learn how to perform close analysis with an eye for detail. You may investigate familiar texts, such as epics and tragedies, as well as often overlooked genres from the ancient world, including the novel and verse satire.

You’ll also have the chance to explore Greek and Roman history and society, architecture and archaeology, warfare and empire, gender, religion, politics and economics—or learn about ancient Egypt. You can also learn some ancient Greek or Latin.

The feel for the creativity of ancient authors and flair for in-depth analysis which we hope to inspire in you will set you apart in the eyes of employers. Your development of skills in analysing form, content, and context, in synthesising complex information, and in producing clear and logical arguments, both orally and in writing, will stand you in good stead in your future careers. 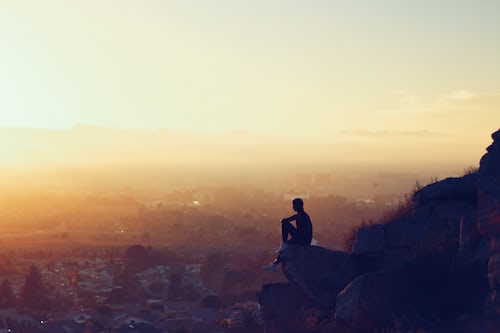 WHY CLASSICAL CIVILISATION AT SWANSEA?

Based at our stunning Singleton Park campus, in parkland overlooking Swansea Bay on the edge of the Gower Peninsula, Classical Civilisation at Swansea is an attractive degree.

If you so desire, you will have the option to study a semester abroad in a location such as the USA, Canada, China, Hong Kong, or Singapore, during your second year, or to spend a full year abroad after your second year.

We have a Study Trip module which affords you the chance to enhance your study of classical lands overseas by seeing one in real life.

Closer to home, we give you the opportunity to gain valuable teaching experience in local schools as part of your degree through our Schools Placement module in the second or third year. You could also volunteer at our in-house museum, the Egypt Centre, which contains over 5,000 archaeological objects.

During your first year, you will be introduced to the ways in which Greeks and Romans came up with their myths, by investigating approaches to storytelling including the study of Ovid’s brilliant and compendious poem, the Metamorphoses. You may also study some Greek and Roman history, ancient philosophy and rhetoric, or art and architecture, to give you a grounding in the contemporary worlds which shaped the texts you read. And you could start learning some Latin or ancient Greek as a way to get a greater appreciation for the original authors’ use of language.

In your second year, you’ll do a methodological course in how to perform what we call ‘close reading’ or ‘practical criticism’, and we have a range of text-based modules, arranged according to genre, which mirror the texts which the academic staff research and work on—these include Homer, the various ancient novels, Latin elegy, Roman verse satire, Platonic philosophy, and tragedy. We teach several of these classes to second- and third-year students alike, with different assessments for each year group, to enable student progression over the course of the degree.

Swansea is an established centre for the study of narrative, especially the ancient novel, under the auspices of our research group KYKNOS. As part of that, we have a guest speaker programme and a reading group as well as a dedicated MA.

Through the course of your Classics degree, in our close-knit community, you will each have an academic mentor from among the teaching staff to lend academic support. The Society for Ancient Studies organises social and cultural events, including museum trips.

The department of Classics, Ancient History & Egyptology ranked 3rd in the UK for graduate prospects (the Complete University Guide 2019).

To enhance your career prospects, we offer the opportunity to sign up for various employability and engagement-related placements, such as the Week of Work.

Students of Classical Civilisation receive a comprehensive grounding in how to research, develop, and present complex ideas in a clear and systematic fashion. You’ll gain a useful attention to detail along with ways and means to approach the unfamiliar with confidence.

Our Classical Civilisation graduates enter careers in a wide variety of sectors including: